More time has passed . . . and there are now 28 days left until the release! Give me a break, if it had been 24 days until release, you would have had to put up with pictures of Jack Bauer instead of Felix Jones.

Today, it’s time to give you a preview of the great and awesome Special Agent David Forbes Carter.

He’s one of the best the Interplanetary Police Force’s best agents.  Division 7 is the futuristic equivalent of the FBI’s Critical Incident Response Group on steroids, and Carter is their best. 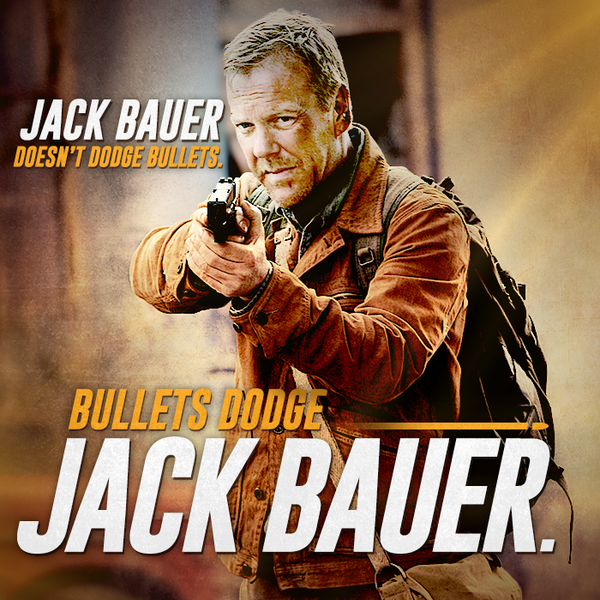 For this scene, I won’t give away too many of the details.  They’re on Io, which is essentially the wrong side of the tracks in this setting: it’s essentially a bunch of metal tubes installed on the hellish surface of the moon, and nobody wants to live there.  It’s poor, it’s full of crime, and the two agents are only there to follow their current lead.

So, of course, all hell breaks loose.

They’d made it almost halfway through the crowd when a little red flag went up in David’s mind. Something was wrong.

“Carter?” de Tournay asked, her voice barely above a whisper.

The feel of the crowd was different. People stopped being friendly and refused to look at either of them, leaving almost a meter of space between the two agents and themselves. They were afraid of something, and it wasn’t the two IPF officers.

“Don’t take it personally,” he said, trying to maintain his calm demeanor while studying the crowd for danger. “Io miners don’t like anyone but themselves.”

“What do you hear?” he asked, moving a little more rapidly towards the PSO. He could almost feel the anger in the air around them, and wondered what they could have done to piss these people off already. They hadn’t even made it to the office yet, and hadn’t spoken to anyone. David kept his left hand on de Tournay’s shoulder, and reached for his gun with his right.

“Aramaic,” she answered. “Lots of whispering in Aramaic.” David saw her reach for her right ear and fiddle with her hearing aid.

More and more of the faces in the crowd were turned towards them as they proceeded to the PSO. David slipped his gun out of its holster and switched off the safety, but kept the weapon down and out of sight. “Ready your weapon, de Tournay,” he said softly.

David was already checking his surroundings. There was something missing from this room, though, but he couldn’t quite—

Where are the children?

He heard her gasp. “They’re going to kill us, Carter.”

That was all the confirmation he needed. Without another moment’s pause, he leveled his gun at the nearest crowd member, shouting, “IPF! Move out of the way.” Not many criminals were stupid enough to attack an identified IPF agent; there were easier ways to commit suicide.

De Tournay drew her pistol, put her back to his, and covered the other end of the room just as her training had taught her.

The people froze as they stared at the two armed IPF agents. David studied their faces, ignoring the ones displaying various levels of shock. De Tournay was trained and naturally talented, but David was experienced enough to know to look for the ones who weren’t surprised. He might not know the fancy scientific terminology they taught at the Van Hauten Institute, but he knew how to spot malice. These people were mostly clueless and perfectly willing to get out of the way.

“Come on, de Tournay,” David instructed in a whisper so soft it was almost nonexistent, trusting that her artificial hearing could pick it up. “Walk backwards and stay with me. Don’t take your eyes off them.”

Slowly, one step at a time, David and de Tournay filtered through the crowd. Bystanders moved aside as he approached.

“Only another ten meters, de Tournay.” David could see a slightly damaged sign, informing him that the PSO was located in the next module. She didn’t reply.

One minute, they were moving through the room as the bystanders backed away from them; the next, out of the corner of his eye, David saw some members of the crowd lunge for de Tournay. He heard a scuffle, and then the sound of de Tournay’s weapon discharging a bolt. She wasted her shot on the ceiling, but the crowd erupted at the sound, and the bystanders panicked and fled in all directions.

David spun around and tried to grab de Tournay before she was carried off, but his hand never made it to her shoulder. “Veronique!” he cried.

De Tournay desperately screamed his name as they carried her away. She struggled against their grasp, fighting for all she was worth, but she was too small, and there were too many of them.

Without hesitation, David fired a single round at the nearest subversive. There was a spray of bright red blood as the man’s head burst, coating his comrades, which made all but one of them pause. That guy revised his plan, pulled de Tournay in close, and put the muzzle of his pistol against her head.

David’s finger tightened on the trigger, but he didn’t fire. He could only rage silently as the subversives carried de Tournay down a nearby corridor.

As soon as she was out of his line of sight, he sprang into action, but instead of following the subversives and trying to rescue de Tournay, he went the opposite direction. He broke into a sprint and headed straight for the Primary Security Office.

He ran past the startled desk sergeant, and straight to the office of the director. David despised the man; he was a pompous, Bureau of Interplanetary Administration jackass named Radcliffe and it was David’s fault that the jerk still had a job, not to mention his freedom. David had saved the waste of good oxygen from a trumped-up murder charge a few years ago, and as much as he regretted that, David was more than happy to collect on the debt.

He keyed the door open, overriding the privacy lock with his insig, revealing Radcliffe and two other men. The men looked offended. Radcliffe, on the other hand, paled as he recognized who had just barged in.

David cut him off. “No time for pleasantries. Manicheans just carried off my partner, in your corridor, right outside your office. Why aren’t there armed Security Officers mobilizing?”

David swore. “Do you even have people monitoring the scanners? Obviously not, or we wouldn’t still be here chatting.”

All three began to object, but David cut them off with a wave of his hand. “I need every officer you’ve got, armed, and under my command. I need your security footage, and the station blueprints.”

Radcliffe opened his mouth to reply, but David stopped him.

“This isn’t a debate. This is a Division 7 agent commandeering your officers and facility due to a subversive threat on your station, and you will obey every order I give you, or I will shoot you myself.”

Without waiting for a reply, David turned and headed back to the lobby. He waved the desk sergeant aside, pulled out his insig, and scanned it at her terminal. His picture and agency identification appeared on the screen, cutting off the desk sergeant’s protests. A too-pleasant female voice requested, “Please input command and password.” David put in his insig number and then his password.

A moment later the alarm sounded, red lights on the walls blinked, and within thirty seconds, a handful of armed cops in their dark gray jumpsuits trickled in.

Sorry, if you want to know what happens, you’ll have to read the book.

Don’t worry, you don’t have that much longer to wait.